Because I am a little narcissistic I will occasionally cross post things from my main blog www.angrygardner.com

We went to the jewel of the Utah State Parks for the last week of July. We stumbled on the Fremont Indian State Park a couple years ago and it has been one our family’s favorite places since then. This year we went to there for a week. I have to admit I am still in a photography rut and was not interested in taking any pictures. I did have a a couple of pictures that I had in my head one of the Hoodoos in the campground with the brilliant central Utah skies in the background. The other was inside the pit house with some basic off camera flash.

It didn’t turn out exactly as I had planned, but I really like this picture.

Of course the we went to the museum several times and were able to see petroglyphs on a couple of different hikes we went on. Unfortunately, I had messed my knee up loading the trailer or something and really was laid up for most of the trip. 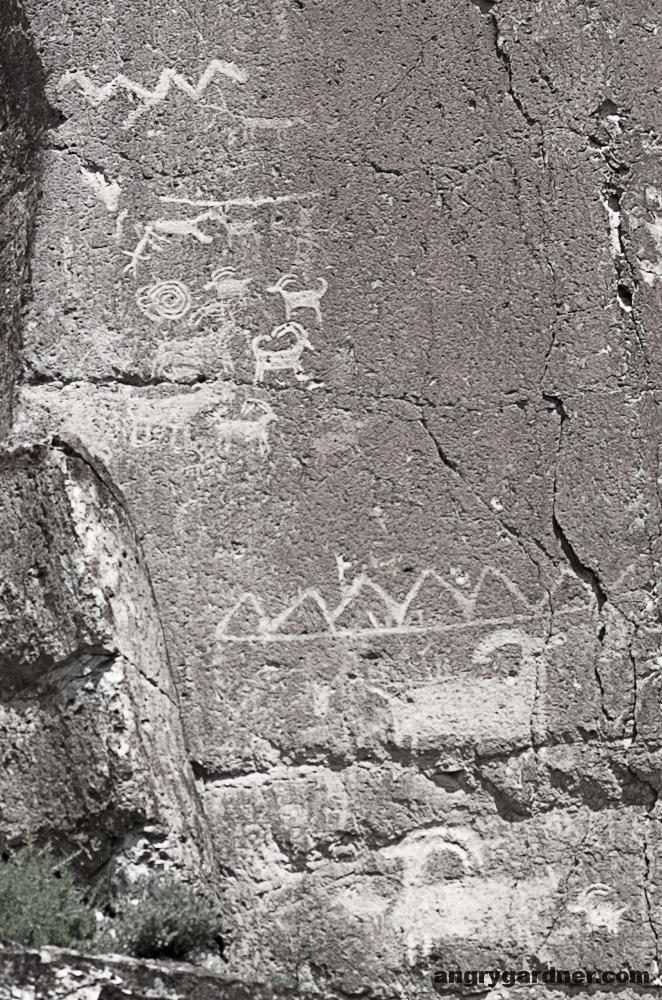 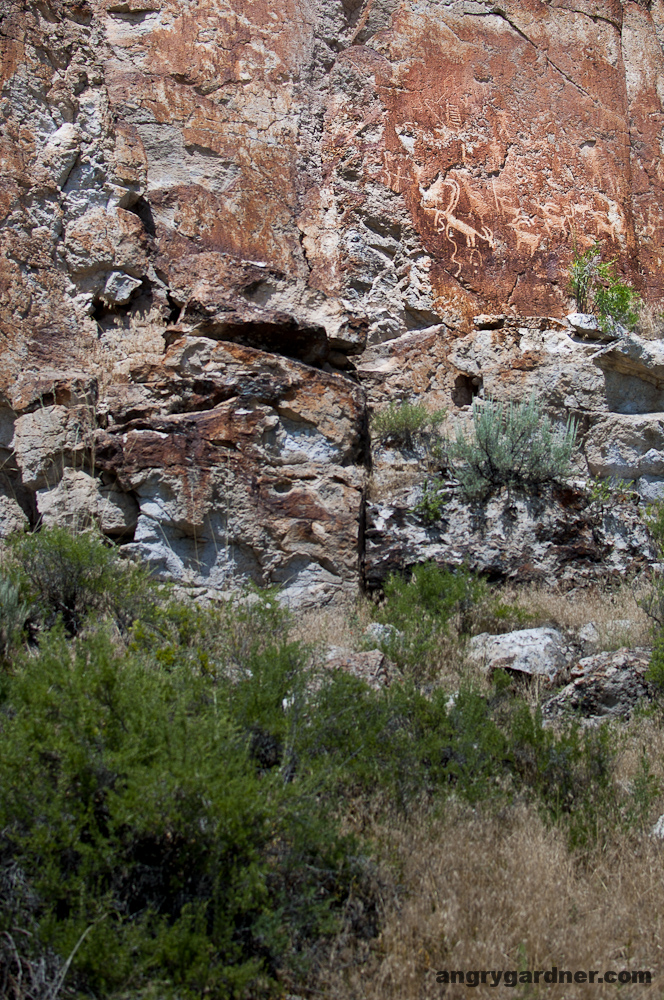 In the shadows of these amazing Guardians we cooked, ate, and laughed. The kids really enjoyed playing in the stream that ran through the camp they created a “dang” so as to not overuse the term “dam” Logan practiced his sling shot skills until the 20 year old sling shot broke. Chey and Logan created a game “stick ball” that could be played under the canopy of the trailer, which was fortunate because it rained most days we were there. We learned from a Tribal Elder about the meanings of the writings and from their cultural systems.

We always enjoy visitors and we had a couple of different groups my Dad and Julie came by for my favorite dinner of the trip. Dutch oven chicken caccitore. The Carsons were able to tear away from their busy live for a couple of nights to come and share their fire and their breakfasts with us. 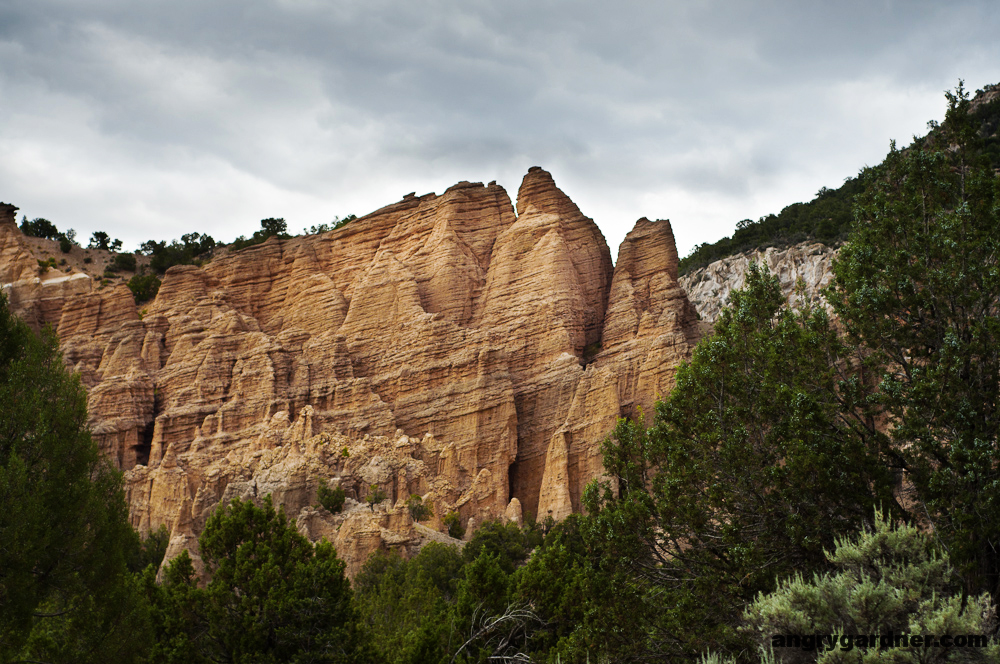 Did I mention rain it rained almost every day and a couple of the days it was torrential. I think that experienced my closet lighting strike ever as the trailer was lit with a blinding light as the thunder rattled the dishes. One of the campers on the other side of the loop from us claimed to have seen it strike between his camp and ours and I wasn’t about to disagree. 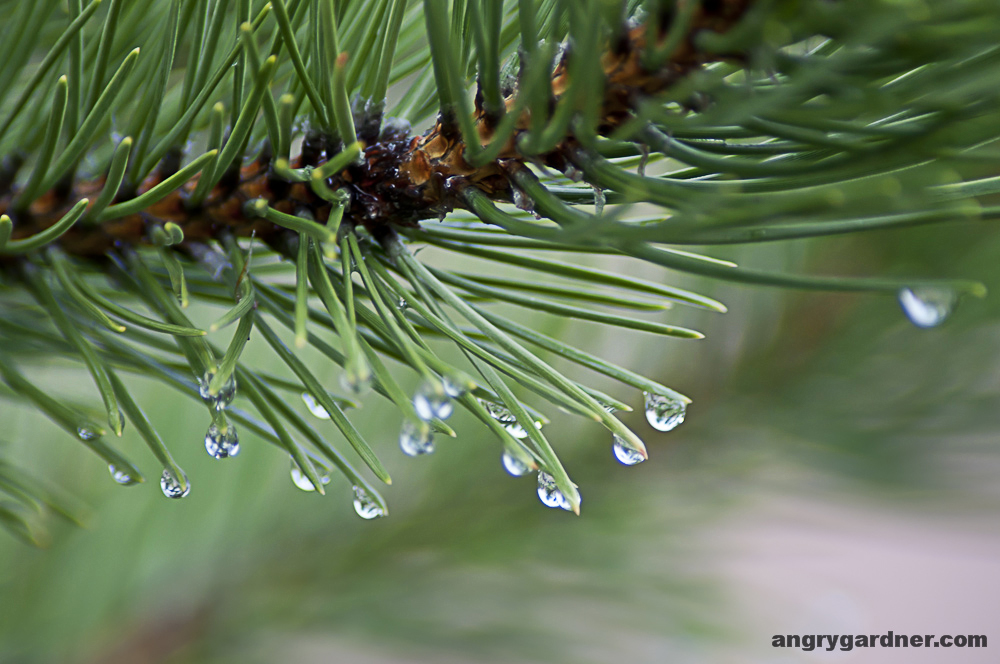