This started out as a Stop Looking Down At Me redux. I was working on the methods that I had mentioned in that post. Specifically using off camera flash to light the background (ceiling). It transformed into gelling the flash then using the flash to back-light (I don’t know if this would be considered rim lighting or not). It was a blast, good thing my kids like posing. 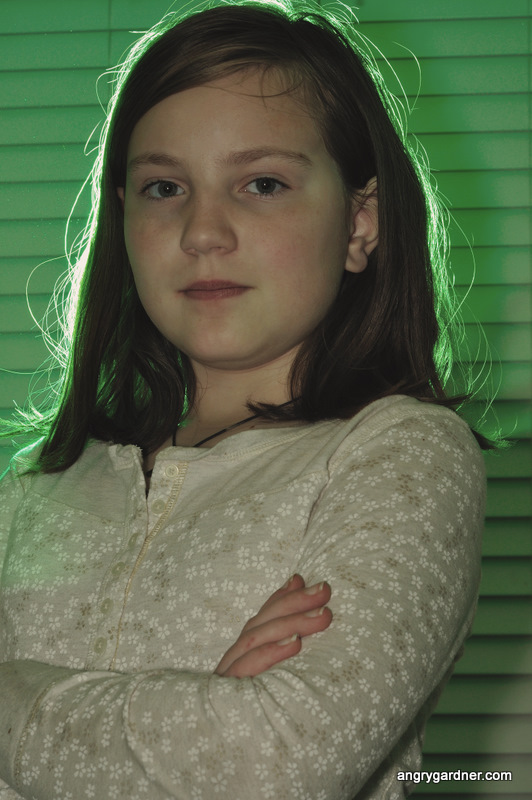 I am not sure what to say about this picture. I got the look I was trying for, but to me it lacks a the visual pop I am hoping to see. Probably, I should have lit the eyes better the background is better lit than the foreground, I am thinking now that that would have helped. I do like the effect of the green light on the hair it looks like some sort of energy glow surrounding her.