Today was a day of frustration. I really was hoping for an invite to a Food photography clinic; I knew it wouldn’t happen, but I was still bummed out. I deiced that I would cook and shoot deep-fried Twinkies to drowned my sorrows.  I ended up leaving work two hours late, and so the timing on every thing was pressed.  I ended up burning stuff, couldn’t find things I needed and my idea for the batter was a fail.  However, in my brilliancy I invited some friends over and they brought awesome brownies.  Those were “electron” (you can’t really call it film, can you) ready. 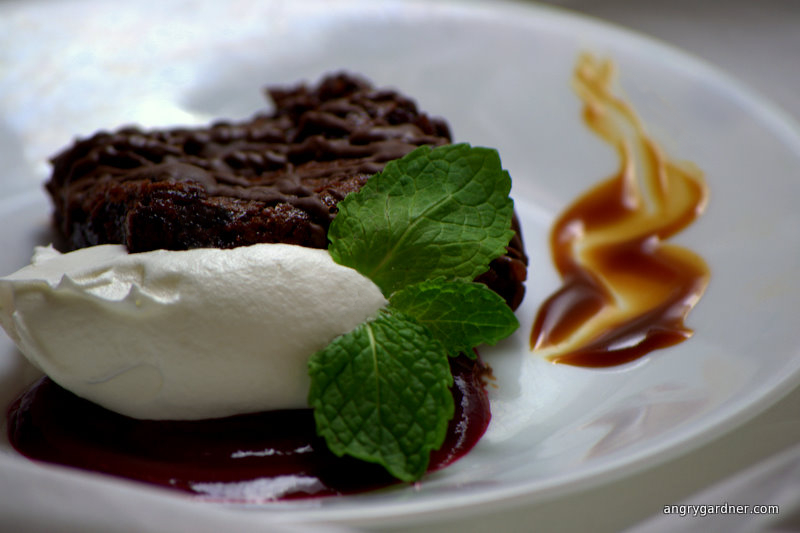 I really worked for this shot. I had great ambitions, but it just didn’t work the way I wanted. The chocolate wouldn’t work, the raspberry coolie ran, and the brownie kinda became the supporting player. I guess that is why there is a tomorrow. I did kinda like what I did with the lighting, I used the spider light high and directly behind through the paper as a diffuser.  Truthfully I wrote this based on the camera image, and when I started looking at it on the screen I actually like the picture.  It’s not perfect but it is pretty good.  It tasted awesome too!

Wow–That looks great! I love how the smear of carmel could be floating…